The code I wrote to generate these videos can be found on GitHub. In general, using the GPU wasn't very difficult. I could essentially write the function I wanted to run using normal C++ code, so I won't go into further details about this here. You can read the code yourself if you want.

There are, however, two things, that I do want to explain: How one creates 360° videos for YouTube, and how I use dual numbers to make changing the function easier.

Having to define both the function and its derivative sucks. Luckily we can get away with only the function by using dual numbers.

In dual numbers, we add a new value ε to the number system. This new value satisfies the identity ε2 = 0, similar to how the imaginary unit is introduced for complex numbers. This is cool because the Taylor expansion of f(x+ε) around x can be written in following form:

Using these properties, you can type the function once in your program, and when you evaluate the function at the dual number x+ε, you obtain the value and derivative at that point. My implementation of these numbers can be found in the GitHub repository.

In order for a 360° video to be displayed properly on YouTube, it has to be encoded using an equirectangular projection. This means that the x coordinate is mapped to the longitude, and the y coordinate is mapped to the latitude. In other words, a vertical line in the image corresponds to a straight line from the top of the sphere to the bottom of the sphere, and each horizontal line corresponds to a horizontal ring in the sphere. This means the 'resolution' of the image will be higher at the top and bottom than in the middle. 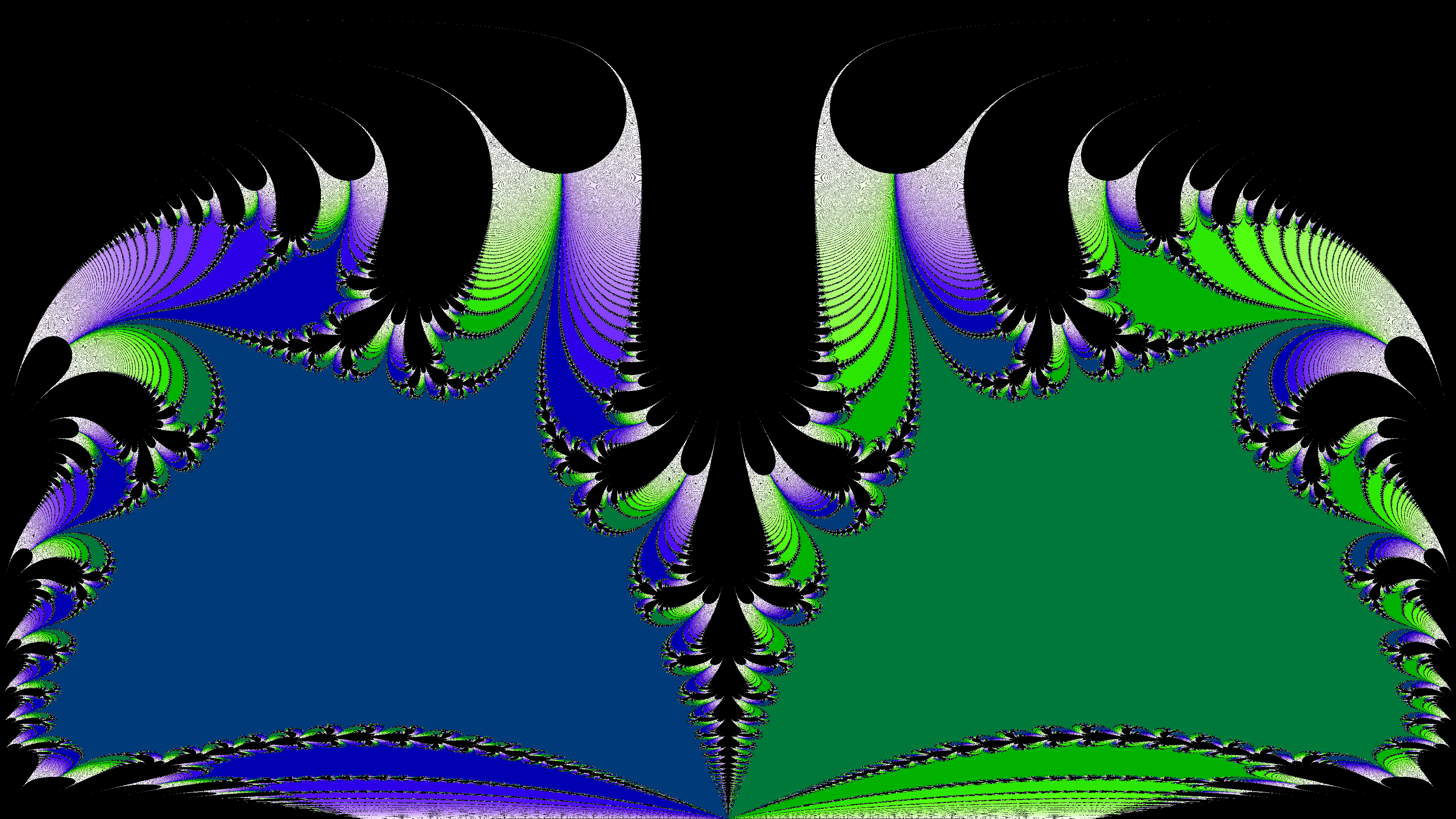 A newton fractal on the Riemann sphere shown using an equirectangular projection.

Since I was making newton fractals, I needed to map the pixels to complex numbers. On the Riemann sphere, one can compute the complex number corresponding to a specific longitude and latitude using the formula

where φ is the latitude, and λ is the longitude. Then all there is left is to linearly scale the parameters to match the resolution of the image.

The last important bit is how one can tell YouTube that the video is spherical, and not flat. This is pretty easy using the Python tool “spatial media”. The commands I used to make my video files spherical are the following:

Depending on your setup you might need to run it as just python, instead of python2 like I did.